What's in Your Olive Oil? 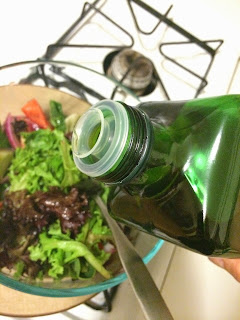 Is it organic? Is it non-GMO? Is it even olive oil?

It's one of the healthiest foods. It has a multitude of health benefits, full of antioxidants and good fats. But that's only if your olive oil is actually olive oil.

According to EatLocalGrown.com, "Independent tests at the University of California found that 69% of all store-bought extra virgin olive oils in the US are probably fake."

Next time you go to the store, look at the label. Popular imported brands aren't generally as pure as they claim. I found a brand that's organic, non-GMO, as well as made and distributed from the same farm in California. It's a bit more expensive, but if you aren't getting real olive oil, then you are paying too much anyway.

Want to know more? Sign up for email updates below: